The Willamette Angel Conference is a three-day event that brings together investors, entrepreneurs, and other early-stage companies to compete for $450K in cash prizes. This year’s conference was the most successful yet with over 1700 attendees and over $2 million invested in startups.

More than $465,000 was invested in four Oregon startups at the Willamette Angel Conference (WAC) 2013 event yesterday, with more than $250,000 going to Portland-based Sonivate, which has developed a fingertip-mounted ultrasound probe that allows imaging while leaving both hands free to do work with simultaneous tactile feedback.

The gathering caps three months of research (known as “due diligence”) by a group of more than 30 angel investors, half of whom are from Corvallis and Eugene, Oregon’s university cities. This year’s event took place on the Oregon State University campus. Corvallis and Eugene alternating hosting the event. Since its inception in 2009, I’ve been a member.

Earlier in the day, keynote speaker Diane Fraiman of Voyager Capital said that Oregon businesses had received over $600 million in venture capital investment, and urged us, the WAC members, to keep investing in our region. That may have impacted us that afternoon, when we added more than $200,000 to the investment amount originally intended that morning — our discussions are absolutely private, so I won’t disclose. This also more than quadrupled our prior year’s contribution, making this WAC event the biggest investment of any Oregon angel investing organization, we believe.

Hallspot, a Eugene startup that began on the University of Oregon’s campus, won a $2,500 Palo Alto Software Award for the best concept-stage startup. 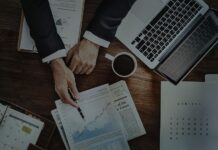 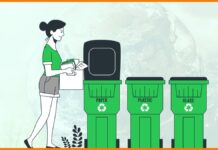 How to Implement a Zero Waste Strategy for Your Business