The Marketplace Fairness Act is a bill that will reform the way online marketplaces collect sales taxes. The bill has bipartisan support, but its passage is uncertain. This legislation could have a major impact on small businesses, which are often unaware of their obligations to collect and remit sales taxes.

The Senate passed S.743, sometimes known as the Marketplace Fairness Act, by a two-to-one majority in May. The law was intended to address a perceived tax gap that enabled internet merchants to avoid paying sales tax. President Obama has said that if the measure passes the House, he would sign it into law. There has been a lot of discussion on the bill so far, and I’ll try not to weigh in too much with my own viewpoint. Many online-based small company owners, on the other hand, are less interested in the Marketplace Fairness Statute’s political maneuverings and are more concerned with how the law will affect them, what they must do to comply with the new act, and when they must comply.

Between the act’s passage and its execution, there is some wiggle room.

If and when this law passes through Congress and the White House, sections 2 (a) and (b) both establish a timeframe before a state may begin enforcing the Marketplace Fairness Act’s requirements and collecting taxes. If a state has previously enacted a Streamlined Sales and Use Tax Agreement, which 22 states have (24 if associate members Ohio and Tennessee are included), it must announce when enforcement will commence. After then, it must wait for the first day of the financial quarter to resume collecting after a 180-day waiting period. If a state does not sign on to the streamlined agreement, it must adopt legislation that exercises the act’s power, and then wait until the first day of the financial quarter after the passage of such legislation. In any scenario, the state must guarantee that tax administration and remote audits are handled by a single body, and that the state’s and local taxing authorities’ tax bases are consistent.

Any company with more than $1 million in out-of-state revenue is subject to the legislation.

Remote merchants with gross yearly remote sales revenues of less than $1 million are excluded under Section 2(c) of the legislation. In other words, if your company’s out-of-state sales are less than one million dollars, you won’t have to collect anything new. However, since the gross yearly revenue calculation does not include the transaction fees usually paid to third-party sites, distant sellers who utilize a third-party site as their storefront — for example, eBay merchants or independent Amazon shops — may be harmed by the one million dollar threshold. These fees typically vary from 5% to 15% of the item’s ultimate cost, thus a seller with more than a million dollars in gross revenues may not be earning as much money as the law assumes.

Every state that requires sellers to collect sales and use taxes must offer remote sellers with free software that calculates all taxes payable at the conclusion of each transaction, submits returns, and is updated to reflect changes in tax rates, according to Section 2(b)(2)(2)(D)(ii). The program must also be provided by a “qualified software supplier.” The vendor cannot be held responsible for non-collection if the program or software provider makes any errors, thus shifting the responsibility to the state. Unfortunately, this provision has still another flaw. The software that the state selects is not consistent. Each of the 45 states that collect sales tax might potentially employ its own software, creating a logistical headache for small businesses. However, if there is some consistency and the program is user-friendly, the integration procedure may be quite straightforward.

The Marketplace Fairness Act aims to level the playing field between conventional brick-and-mortar retailers and internet retailers. According to the terms of this legislation, both smaller and bigger companies will be fine — smaller businesses will be excluded, and the major names in internet commerce will be able to negotiate their own discounts and grants. Mid-sized companies are more likely to be hit the hardest; businesses that can’t afford a staff of accountants and attorneys yet earn too much money to get away with an exemption. Many internet businesses that have been there for years but are just now starting to get traction will be the most affected. The actual language that makes up this legislation is pretty simple, but there are some significant issues that must be addressed, as has been shown. What is the source of this software? Will the special connection that exists between independent merchants and third-party platforms such as Etsy or eBay be considered? Is there a way to really simplify the almost incomprehensibly complicated tax system of 45 different states? I don’t believe so, but I’m hoping the government can address these concerns and smooth out the problems before imposing this burden on America’s internet companies; otherwise, there may be significant compliance difficulties. 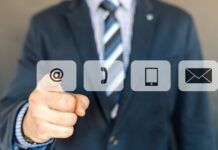 Working With List Brokers? 6 Tips And Common Mistakes To Avoid 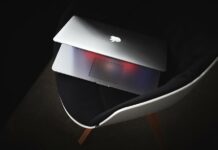