Most people believe that fifty-five to sixty years is the right age to start estate planning. Most people retire when they are around sixty, so by that time, they are well aware of the value of the money that they have made, which they can pass on to inheritors.

Why Is Estate Planning And Updating So Crucial

Most Americans believe that it is not very wise to reveal assets to the heirs at a young age as it makes them lazy and complacent if they are going to inherit a big fortune. Likewise, delaying estate planning is a bad idea. If you die without a proper will, chances are that your heirs will be left confused, or they might even be deprived of their rights.

Thus, starting estate planning at the right age is crucial if you want a smooth transition of your wealth and assets. Updating estate plans are also vitally important in case a situation demands a change in the will. You must change your will and lpa at the right time for a hassle-free transfer of assets. This article lists a few cases where the upgradation of a will might be necessary.

4 Situations Where A Change Of Estate Plan May Be Necessary

1. When You Move Into A New Jurisdiction

A change in the will might be necessary when you move into a new state or a new country. Inheritance laws differ between two countries, and you have to plan your estate as per the law of the land. For instance, if a place has a high percentage of wealth tax, then you want to change the way in which your heir inherits your wealth.

You obviously do not want most of your money to be taken away as taxes, and in such cases, you may have to change the will. In case of a high percentage of wealth tax, it might be a good idea to split the assets in such a way that, individually, they remain below the tax threshold. Again, the threshold value which is liable for taxation will vary based on local laws. Hence, it is always a good idea to consult a lawyer before moving into a new country or state.

The laws of inheritance also depend on the principal religion of the land. So if you move into a country where religious laws have such mandatory requirements for how you distribute your wealth, you need to consult a lawyer.

Again, in some regions of the world, jewelry that is gold and precious stones up to a certain limit is not taxable because of cultural and religious significance. So if you move to such a place, then you must reevaluate the value of your jewelry and update your will accordingly.

2. When There Is A New Addition Or Subtraction To Your Family

A new member might be added to your family after you have made your will, and in this case, you need to update your estate planning. For instance, if one of your kids has a new child, then you will have to update your will to incorporate your new grandchild.

However, in most cases, the addition of a new grandchild is not a problem because the grandchildren inherit from the direct heirs that are their parents. However, if you have mentioned other grandchildren separately in your will, then you must make corrections when a new birth happens in the family.

In some cases, people leave money for their parents as well. The idea is that if a parent outlives you, then they will not have to suffer in old age. However, in this case, if your parents die, then you must change your will. If one of the heirs to your assets dies, then the share of the others increases proportionately. Hence it is a good idea to redistribute the wealth as per your wishes rather than have your heirs fight over your wealth after your death.

3. When You Are Filing For An Annulment Of Marriage

It is important to upgrade your will in case of a divorce because an old will can be troublesome for your heirs. For instance, if you get married again, your new wife and children might not get a share of your assets if you have not upgraded your will during a divorce.

4. When An Heir Goes Astray

Most parents love their children equally and usually distribute their money equally between them. But in some cases, it might be necessary to cut off one of your children from your will. In case one of your children falls prey to an alcohol or drug addiction, then you might want to cut him off till he is cured of his addiction.

Likewise, if one of your children is a problem gambler, then you might want to cut him off till he stops gambling. In these cases, it would be a good idea to spend a part of your wealth to rehabilitate your child, and once he is free of his addictions, he can use the rest of the money as he wants.

Estate planning and regular upgradation of estate plans are crucial as they prevent acrimony within your family after you have passed away. A will might need amendments in cases where there is an addition or demise of a family member. Likewise, a divorce or a child going astray might also need a change of will. 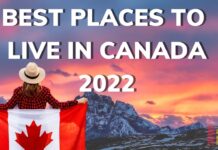 Best Places to Live and Work in Canada for Families 2023 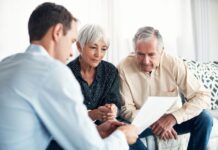 How Do Trust Funds and Wills Work in the UK?